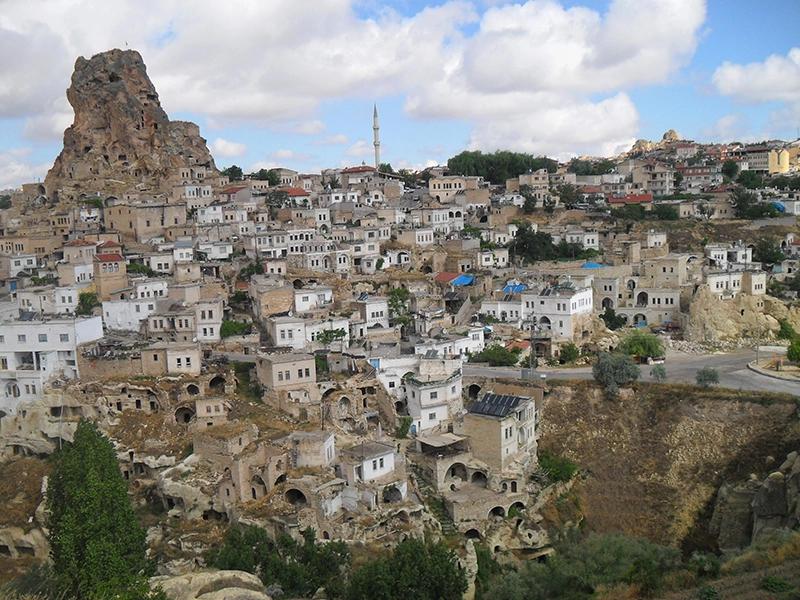 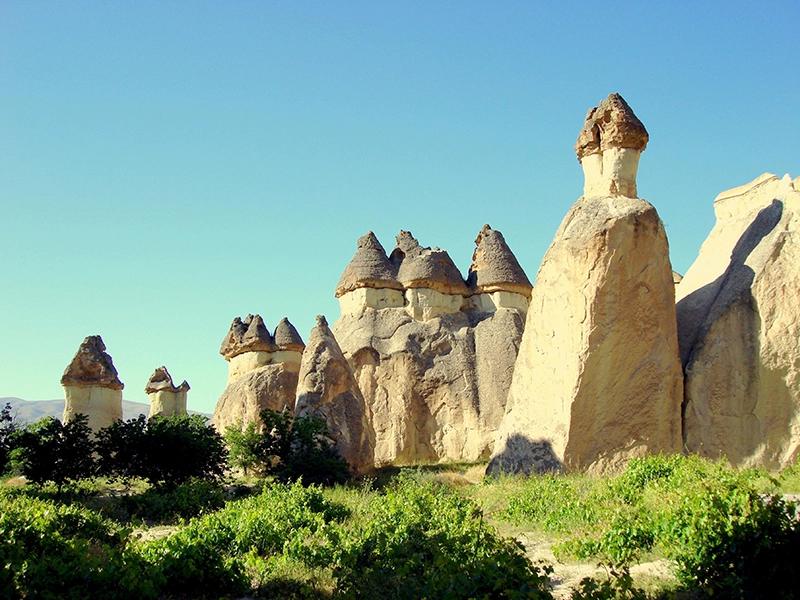 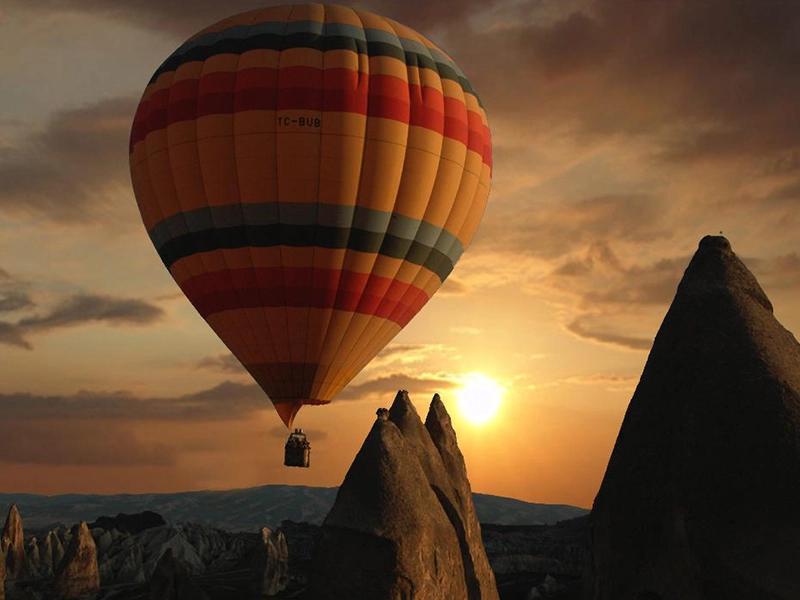 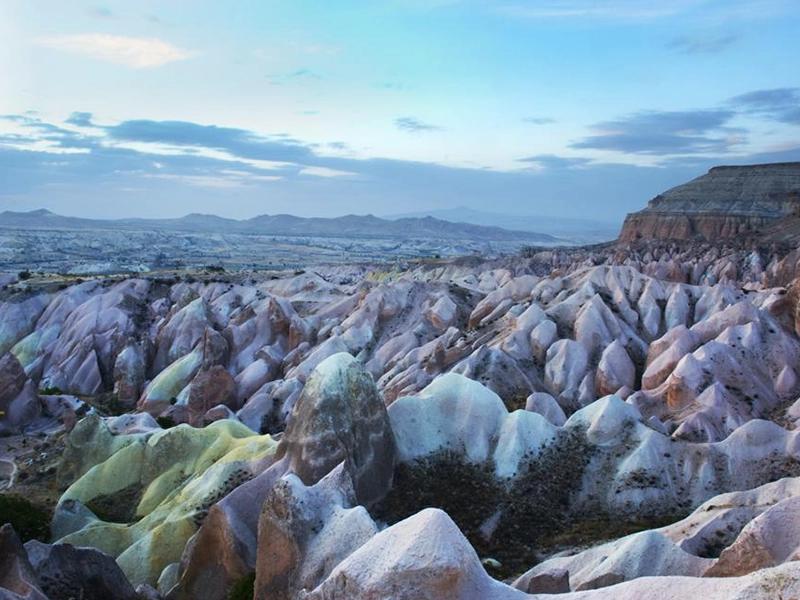 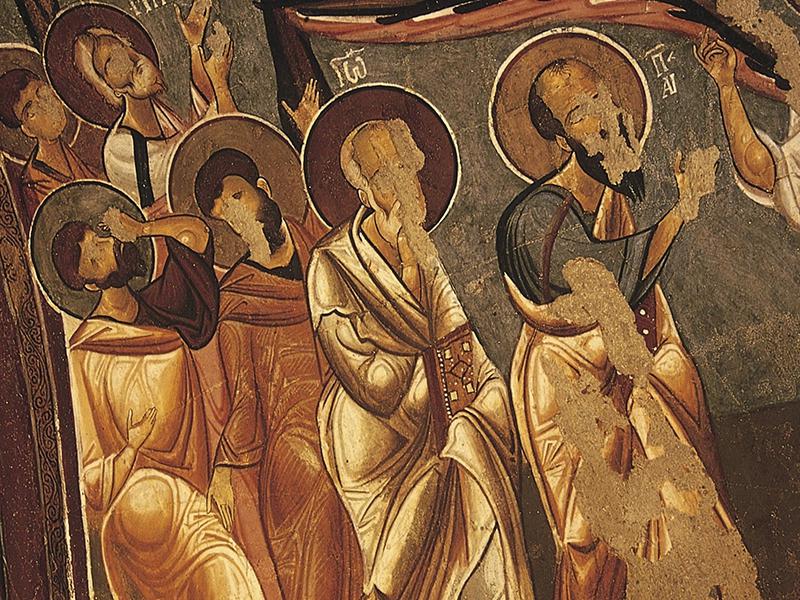 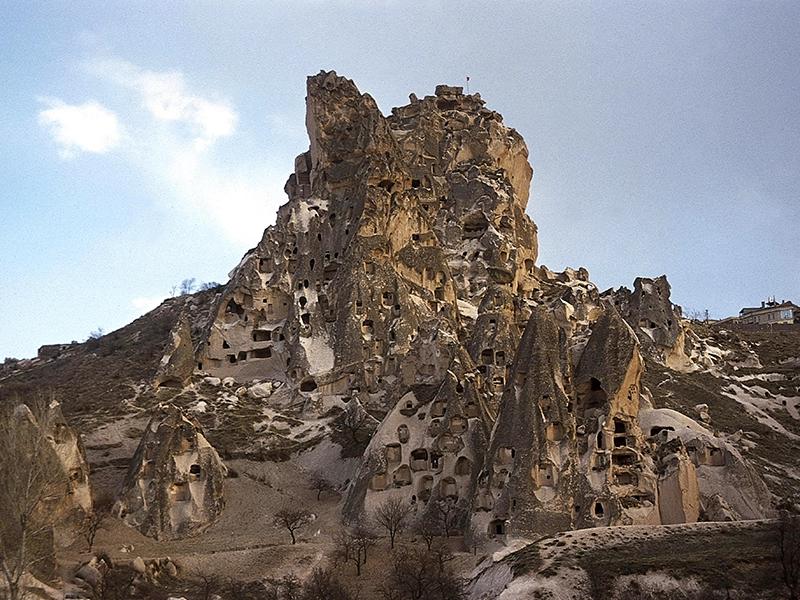 Cappadocia, located in Central Anatolia, was named after Cappodocians who settled there about 700 B.C., when craters and chimneys dominated the landscapes. Then million years ago, mount Erciyes erupted violently and Mount Hasan covered the ground with tufa, a soft Stone made from lava, ash and mud. Then the rain, wind and flood waters from the Kızılırmak River shaped the tufa into the most mysterious remarkable cone shaped structures called peribaca "fairy chimneys". Red sandstone and salt deposits of the Miocene period characterize the sparsely inhabited landscape. The relatively small areas of the fertile soil on volcanic tuff are where the population tends to migrate. The southern part of Cappadocia is often spoken of as the heart of the region. Cappadocia is best known for potatoes, fruits ans wine.

One of Cappadocia’s most interesting villages is found below the town of Derinkuyu, the underground city. This town dates back to the Hittite times, but evidence from excavations revealed that the Hittites only used the top level. Currently there have been discovered eight levels of dwellings, storerııms, chapels and parts of monasteries. These man made underground caves are grouped around a 280 feet shaft with a cleverly devised ventilation system consisting of 52 vents. Other underground passages  linked the city with other cities in the communities. At the center of the city is a chapel, which today is used as a mosque. It dates back to the 16th or 17th century and contains paintings of jesus, Mary, angels and saints.

"Goreme" the famous rock churches lies adjacent to the village of Goreme. Half this village consist of cave dwellings. Numerous rock churches can be found in this area as well as the spectacular "open air museum". Before 1964 these churches were not propected but now are protected by tour coverings on various sights. Other sites include the Dervent, Zelve, Ihlara, and Soganli Valleys as well as the city of Uchisar.