Also known as "Anatolia", the beautiful land of Turkey has one million years of stunning historical, cultural, natural and biblical riches. Turkey' s history goes back to the beginning of civilization. The e

Also known as "Anatolia", the beautiful land of Turkey has one million years of stunning historical, cultural, natural and biblical riches. Turkey' s history goes back to the beginning of civilization. The e 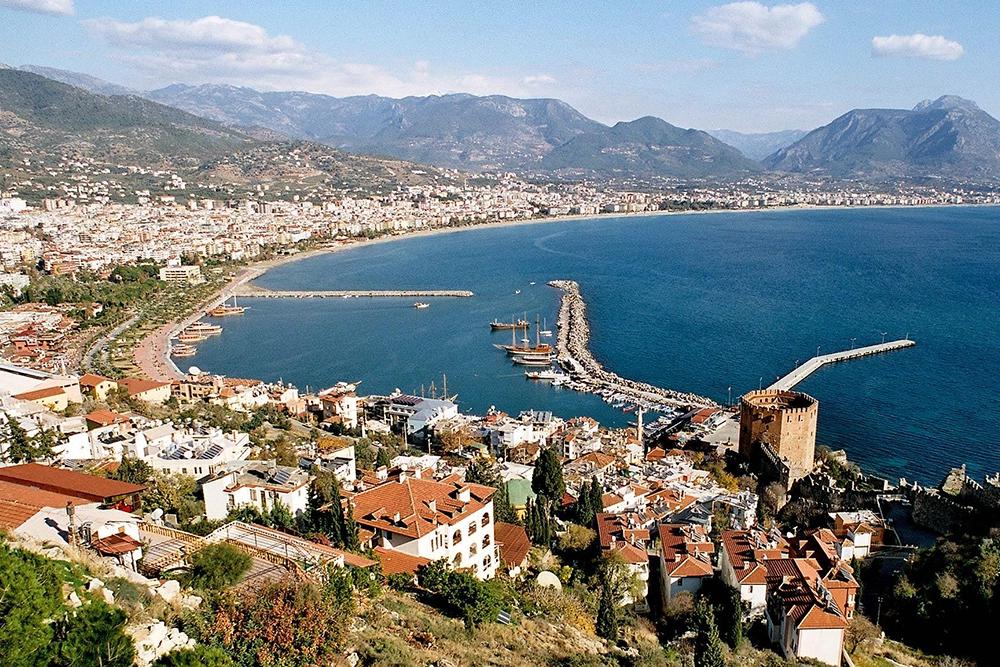 Also known as "Anatolia", the beautiful land of Turkey has one million years of stunning historical, cultural, natural and biblical riches. Turkey' s history goes back to the beginning of civilization. The earliest known inhabitants appeared at Catal Hoyuk, located in Central Anatolia, in 10,000 B.C.One of the first civilizations was known as the Hittites. When Noah made his magnificent journey during the great flood, he settled his ark in Mount Ararat (Ağrı), East Anatolia. When the Apostle Paul made his missionary journeys, he traveled through the Southeast, Mediterranean, Aegean and Marmara Regions of Turkey. Efes, biblically known as Ephesus, the most impressive archaeological site in Turkey, is where you can visit and tour inside the Virgin Mary's home. When ]esus spoke of the Seven Churches in the Book of Revelation, he was speaking to the Church in Ephesus, Smyrna, Pergamos , Thyatira, Sardis, Philadelphia, and Laodicea all located in Turkey.Alexander The Great conquered the area until his death in 323 B. C., several small states appeared and the Roman Empire gained control of the whole region, and Christianity began to be dominant. Later, about the 11 the century AD, the Seljuk’s invaded the area, took control and Islam began to be the dominant religion. After Seljuk' s, the Ottoman Empire began to grow and gain power and became one of the biggest, and long lived Empires known. Ottoman Empire, established in 1299 had power over three continents, Eastern Europe, Western Asia and North Africa. They ruled from 1299,thru 1923 when the Ottoman was split up and defeated during the First World War. Turkish commander Mustafa Kemal Atatürk. In 1923 he founded today's modern Republic of Turkey. Today's Turkey is located between two continents, 97% on the Asian side and 3% on the European side. Turkey is surrounded by the Black Sea, Marmara Sea, Aegean Sea, and the Mediterranean. Today's Turkish people are very modern and education is very important. Through the ages, Turks are very friendly and always show their hospitality. They are eager to make visitors welcome. Caprinae Travel of Turkey wants you to experience A World of Wonder, A World of Beauty. We want you to EXPLORE TURKEY & FEEL THE DIFFERENCE.

DAY 1
Arrive in Istanbul, and transfer to hotel & check in. You’ll relax in the hotel then have  welcome dinner in the evening. (D)

Basilica Cistern
Blue Mosque / Sultan Ahmed Mosque
Haghia Sophia Museum
Hippodromme
Topkapi Palace
DAY 3
After breakfast, visit another great sample of Ottoman Architecture; the Suleymaniye Mosque, built by famous architecture "Mimar Sinan"  under the reign of Sultan Suleiman the Magnificent. After lunch in a nice restaurant in the spice market area, visit the  famous  Grand bazaar  and Spice market  where you can enjoy exploring the biggest covered historical shopping stores in the world. The Grand bazaar and Spice market buildings are coming from the Byzantine and Ottoman Empires. You can find any sample of products from small gifts to handmade carpets, jewelry, etc....  Transfer to hotel, overnight.  (B,L,D).

Anzac Bay, Dardanels, Monuments (tracks of 1st World war)
Dardanel (Gallipoli) Area
The Dardanelles
DAY 4
Take a flight from Istanbul to Kayseri. Transfer to Cappadocia. Tour to Soganlı Valley, an Open Air Museum in a wild natural setting near a typical Cappadocian village. Villages in the valleys, surrounded by the "table top" mountains, are spectacular. The Medrese (Theological School) from Seljuk Turks in Taskinpasa, another place we visit,  is the witness of an early and rich Turkish settlement in the town. Visit to Mustafapasa (Sinasos), an old Greek town with its spectacular old Greek houses. Overnight Cappadocia (B,L,D)

Aegean Coast
Ancient ruins of Assos
Ancient ruins of Troy
Kusadasi
DAY 5
In the morning visit rock formations beyond belief in Dervent valley; walking in Pasabag near Zelve ; "fairy chimneys" where the voice of wind mixes with the "songs of fairies". Lunch in Avanos, centre of terra cotta work of art since 2000 BC. and a demonstration in a traditional pottery workshop. Afternoon, visit the famous Goreme Open Air Museum and see the best examples of Byzantine art in Cappadocia in rock-cut churches with frescoes and paintings (10th to 13th century). Continue to the Uchisar Rock-Castle to have a panoramic view of the valleys of Cappadocia. Overnight Cappadocia (B,L,D)

Ancient city of Ephesus
Ancient city of Ephesus
Artemis Temple
Ephesus Museum
House of Virgin Mary
Pigeon Island / Guvercin Adasi
DAY 6
In the morning, visit Kaymaklı Underground City, one of the most interesting underground settlements in Cappadocia. Walking in Ihlara Canyon, a "mirage" in the Steps of Anatolia up to Belisirma village, the ancient Peristrema: "Valley of the Sky" along the Melendiz River. Rock-cut churches, spread across a wild plantation, surprise you with their successfully painted representations from the Bible. Stop by Selime, a village with cave houses at  the end of the canyon and a "star wars" like  landscape. Overnight in Cappadocia. (B,L,D)